Let me guess, you think you have what it takes to be a wizard. “Sure,” you think, “I just need to learn some spells and practice them a bunch.” But let me tell you, that’s like thinking you can play splorgsball just because you know how to norble a grobel.

When the chips are really down, and the dragon has already swallowed you, and the tip of your wand snaps off on its uvula, you’re gonna need more than knowledge, more than strength, more than heart. You’re going to need Supreme Heart Power!!!

So what exactly is Supreme Heart Power? That’s a good question, and now you’re really thinking and have a shot at not getting stepped on the first time you meet a frost troll. Supreme Heart Power is mysterious. It’s like a state of mind, but it’s also a state of heart and a state of being. You can’t fully know it, but you can fully be it. Shhhhhhhh little baby, listen up and I’ll tell you a secret: You already are it. How? Open your heart’s mind and I’ll explain.

Have you ever been super mad at your teacher or principle and thought, “I wish I could explode them with my mind!” and you almost felt like you could? Well guess what? You totally can! All those vibrations that make you shake and make your face turn all red? Those are your Supreme Heart Power coming out. You think those are tears, but they’re actually your mind squeezing your power out through your face. LIQUID POWER! But how do you make your power do cool stuff instead of looking like a baby in front of your whole class? I can see you’re eager to learn. Read on dear friend… if you dare.

Because the shit I’m about to say is serious. It can be used for good, or for evil, or also just to have fun! The choice is up to you. Just don’t say I didn’t warn you when you have all the money and sexual partners and you barely have time to watch cartoons and sports shows.

Here are the steps:

Step 1. Next time you feel your power building up, instead of freaking out and pitching a shit, just take a deep breath, look around, and go, “Oh that’s cool dudes, no worries, I’m gonna go get a juice box.” Everyone will be like, “Whoa, I thought they were all mad and stuff, but they seem cool as a cucumber now. I guess I was wrong and am dumb.”

But guess what? You didn’t go get a juice box. You moved on to…

Step 2. Go to your room if you’re mad at your mom/dad/sister. If you’re at school, go into the janitor’s closet or lavatory. Next close your eyes, and think of stuff like mean dogs, and The Rock, and that part in Looper where that one dude kicks that other dude off of the Sphinx. Don’t move, just keep thinking of every badass thing ever ‘cause now it’s time for…

Step 3. Wait, I forgot one thing you were supposed to do first.

Step 0.5 Find a wizard book, and pick out a spell you like. Fireball or Animal Friendship are good if you’re just starting out. Memorize it really good. Maybe grab a juice box, so you actually do have one. Hide it in the janitor’s closet for later.

Step 3. Step out of the janitor’s closet, and say something like, “Oh I just remembered what a badass I am. Sorry, but you’re all totally boned.” Then let loose with whatever badass shit you’ve learned. Everyone who survives will be like, “Whoa, I can’t feel my legs, but it was worth it because that was awesome as fuck!”

I’m reading this back now, and I realize it also sounds kinda like how you might do a school shooting. Don’t do that though. Do the magic one. 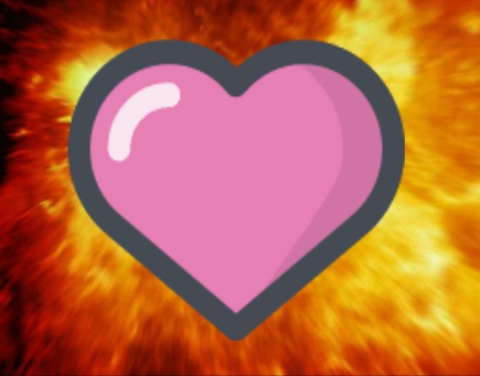